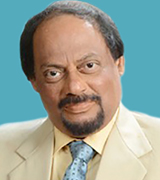 He specialise in treating cases of Arthritis, Spondylosis, Allergic Rhinitis, Bronchial Asthma, Haemorrhoids and cancer. He has made a breakthrough in treating genetic disorders especially Sickle Cell Anaemia with immense success.

Dr. Niranjan Mohanty is a Professor of national repute and has been teaching not only UG and PG students at various Colleges but also teaches teachers in Re-Orientation Training Program. He was awarded the Best Teacher Award by Bhadrak Homeopathic Research Unit, Bhadrak, Odisha.

He has conducted and presented over 60 research papers including:

He has authored several books and articles on Homeopathic Science,

Dr. Mohanty has won many awards throughout his career, some of which are